Home » How Learning a New Skill Can Help You Live Longer

How Learning a New Skill Can Help You Live Longer 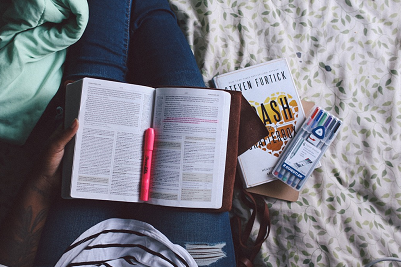 Aging affects more than just our bodies. In fact, cognitive decline is a major concern facing our ever-aging population. Research suggests that dementia, including Alzheimer’s, is the second leading cause of death for Australians of all ages, surpassed only by heart disease. We’re well aware of the push to be physically healthier these days, but how exactly are we exercising to keep our brains fit and fighting? Evidence shows that learning a new skill could be the key to helping you live longer.

How do our brains age?

As our bodies get older we expect to experience a certain slowing down of our lifestyles. We know that as we age, staying active is crucial to maintaining our health, and being stronger and fitter for longer. Unfortunately, an often-overlooked area of health into old age is the mind.

Whilst most of us are aware of the ‘use it or lose it’ nature of our brains, and of the risks factors for developing dementia, what many don’t realise is that dementia involves more than simply cognitive decline. Dementia represents a real risk to our lives.

According to the Australian Bureau of Statistics, in 2016 over 13,000 deaths were attributed to dementia. The only cause of death with more impact that year was heart disease, accounting for around 19,000 (or 12%) of all deaths in Australia.

As our bodies age, so too do our brains. From as early as our 20s, our brains start to decline and from our 60s they literally start to shrink. Our brains become less efficient at accessing memories and stored knowledge, and also have trouble adding new memories, skills, and knowledge. This is a natural process that happens to everyone, of course, but those with dementia have even more to contend with.

“Dementia is most often thought of as a memory disorder, an illness of the aging mind. In its initial stages, that’s true — memory loss is an early hallmark of dementia. But experts in the field say dementia is more accurately defined as fatal brain failure: a terminal disease, like cancer, that physically kills patients, not simply a mental ailment that accompanies older age.” – Time Magazine, Oct. 2009.

How learning a new skill changes the brain

Just like our bodies, our brains change depending on how much we ‘exercise’ them. Building stronger brains and enabling us to live longer involves keeping our brains active and challenged, well into adulthood, and into our older years. It’s never too late to start exercising your brain: It’s something that anyone can do to improve their brain health, at any age.

As cognitive decline involves a reduction in the neural pathways of the brain, the remedy requires us to actively work on halting this process in its tracks. Learning a new skill helps us to both strengthen the neural pathways in our brains and build new ones, thus slowing the aging process and assisting in reducing the risk of developing dementia. New skills can take almost any form, which means that finding a ‘brain training’ exercise to suit you is as simple as learning about something that interests you, such as:

We’ve got some great tips on neuroplasticity and brain training for every day here.

Learning a new skill can help you live longer

Some brain training exercises are better than others, and whilst participating in brain training games or crosswords are great for enhancing your working memory, certain types of activities are more effective at reducing cognitive decline and helping all of us to live longer.

Taking a class at TAFE or college which involves complex reasoning and problem solving can have greater long-term benefits for our brain health and, in turn, our life expectancy. There is plenty of research to back this up. A study discussed in Annals of Neurology’s June 2014 issue detailed how speaking more than one language may slow cognitive decline, even if the second language was only learnt in adulthood. Further studies have been conducted which show that the more complex the activity, the more beneficial it is to memory and cognition.

Beyond simply strengthening our brains and fighting against cognitive decline, participating in learning activities can be an important social enterprise. Having regular social engagement with others who are also learning a new skill can have important impacts for our mental health, especially in our older years, when social isolation becomes a risk.

“It is easy to become more socially isolated as people grow older,” says Dr. Vahia. “A class makes you interact and communicate with other people on a regular basis through group participation, conversations, and discussions.”

It’s no secret that we’re living longer these days but living longer isn’t particularly appealing when we’re faced with chronic illness, isolation, dementia, and other diseases. For this reason, there is consistently plenty of research being conducted which looks into what can be done to maintain quality of life into our older years.

Keeping fit and healthy, strengthening our brains, and keeping socially active are all extremely effective ways to ensure that we live a happier and healthier life, as well as a longer one. 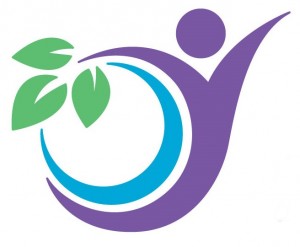