Emotional Freedom Techniques (EFT) is an evidenced-based therapy that adopts the basic principle that the underlying cause of all negative emotions is an imbalance in the body’s energy system. EFT relieves many psychological and physical conditions, including depression, anxiety, post-traumatic stress disorder, general stress, addictions and phobias.

The basic EFT technique involves holding a disturbing memory, issue or emotion in mental focus and simultaneously using the fingers to tap on a series of specific points on the body that correspond to meridians used in Chinese medicine. Based on the ancient principles of acupuncture, and with more recent advances of kinesiology, EFT is a tapping procedure that gently realigns the body’s energy system without the discomfort of needles. The understanding behind EFT is that negative emotions are caused by disturbances in the body’s energy field and that tapping on the meridians whilst thinking of a negative emotion alters the body’s energy field, restoring it back to “balance.”

Negative emotional experiences will disrupt the energy meridians running through our body. The physical changes  that we feel from these disruptions then become attached to the memory of that experience, and this affects the way we perceive things, until we heal that disruption. EFT can realign the energy meridians with respect to those negative memories, disconnects the physical discomfort that we attached to it, and consequently removes the resulting symptoms. This allows healing to take place on both a conscious and a sub-conscious level.

The fields of Energy Psychology and Energy Medicine are rapidly advancing and EFT is one of the most popular and fastest growing techniques of these fields. 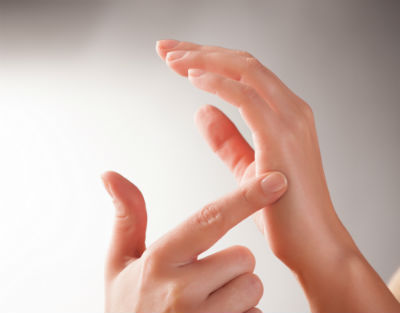 For a confidential discussion about your current situation and how we can help you!

Integrated Health Specialists is located in Mudgeeraba on the Gold Coast.